Fast forward to the modern economy: drone application has spread far and wide to majorindustries, from science, recreation, agriculture, and law enforcement, all the way to aerial photography and even product deliveries!

According to the Federal Aviation Administration, civiliandrone sales are expected to rise from 2.5 million in 2016, to 7 million in 2020. A major portion of the 180% rise in drone sales can be contributed to the global construction industry.

The construction industry is currently facing widespread drone adoption frenzy; experiencing a 239%surge in the last year alone. Thiscomes offthe back of another research,which highlights that more than half of typical construction projects finish late and cost more than the intended budget.

Drones can help such organizations solve both their problems, as well as improve efficiency and accuracy.

As companies tap into the vast potential afforded by drones, the considerable gains in efficiency and accuracy could translate to billions of dollars’ worth of savingsin the long run.

Here are a number ofways how drone integration can enable the delivery of on-time and on-budget construction projects:

Drones Assist You In Keeping An Eye On Regular Progress

Managers need to visit the site on a regular basisto document daily progress and determine if contractors are meeting their targets – and if not, what alterations to the plan are required to complete the project before the determined deadline.

Instead of the cumbersome ordeal of manually monitoring the site and individually inspecting each aspect, drone mapping assists in reducing the time required to reach and further inspectthe site considerably.

Site engineers can schedule repeat flights on predetermined intervals for added consistency in the progress records that might not bepossible otherwise: such as same altitude, angle, etc. When undertaken throughout the life of the project, it translates to a comprehensive record of consistent reports which can portray an accurate picture of periodic progress – all at the mercy of a click.

As technology progresses, drones are expected to become much more ‘smart.’ On a micro scale, they are expected to track dozens of minute details simultaneously, diminishing the need for surveyors to manually commute to the worksites to answer questions such as “how many pillars have been drilled?”

The photographic ability of drones is undebatable, with a separate industry being established that focuses on drone photography.

High-QualityImagery Can Be Used To Process 3D Data

When placed in the construction industry, drones have an inherent advantage over conventional photography mechanisms due to two broad reasons – they are quick, and can take ultra-high quality pictures from angles that would prove to be difficult (at the very least) without aerial support.

The availability of aerial imagery can be conveniently combined together with HD maps and 3D models to supplement the project’s progress report. In addition to the imagery, modern drones can fly really close to the construction site (by close, we mean half a centimeter-per-pixel resolution close), which allows inspectors to spot minor problems (such as impaired shingles) in places that would otherwise be hard to reach, resulting in discrepancies left undetected.

Thermal Imagery Has Proven To Be A Game Changer

The introduction of thermal imagery has also been revolutionary for the construction industry, proving to be extremely helpful in identifying structural issues. This is true particularly in the case of roof inspections for buildings and huge commercial centers – as they both pose a difficult challenge in terms of inspection.

Thermal imagery providesheat signatures that can easily trace any faulty air conditioners, or wherewater leakages stem from. Not only does it increase the project’s safety, but also eases the workload off the shoulders of contractors who would otherwise be regulated to scale skyscrapers and inspect the minutest ofissues, which could manifest grave structural challenges.

Drones are not just designed to take to the skies and provide exotic imagery. As drone application begins in various complex industries, manufacturers take to equipping their products with state-of-the-art technological upgrades to make them an efficient on-site worker.

The usage of drones considerably streamlines internal and external information sharing – enabling efficient and productive intra-team communication. Soon after completing an aerial scan of the worksite, a drone is capable of delivering the latest graphical data, simplified into a comprehensive visual.

Equipped with the latest data-sharing capabilities, drones can further bolster the information sharing process through the sharing of files directly with headquarters – ensuring all project stakeholders are in the loop for the latest project progress reports.

In a culminating snowball effect, contractors will benefit greatly from the availability of updated visual sitemaps on hand. With a direct reference point in front of them, senior stakeholders can easily build annotated maps with related data to address the current on-site issues more effectively and decisively.

Additionally, to say that the impact of drones between on-site and off-site communication is drastic would be an understatement. Large projects that span across several acres can take days to be inspected thoroughly, and compiled into a comprehensive progress report. The report, inturn, takes weeks to be transferred back to the main office where it is complemented with a future course of action, and further modifications are made.

With drones, the cloud-based software alleviates all such construction grievances, preserving records in a safeand secure location, easily accessible by all related parties.

Drones have been touted as the future of the construction industry by global experts, and the rapid and seamless integration of drones in the workforce continues to provide proof to these claims.

The advantages of including a drone in your workforce outweigh the costs by a considerable margin. The construction industry is expected to reach a $10.3trillion global valuation by 2020 – and unmanned aerial vehicles (UAVs) look to play a significant role in achieving that. 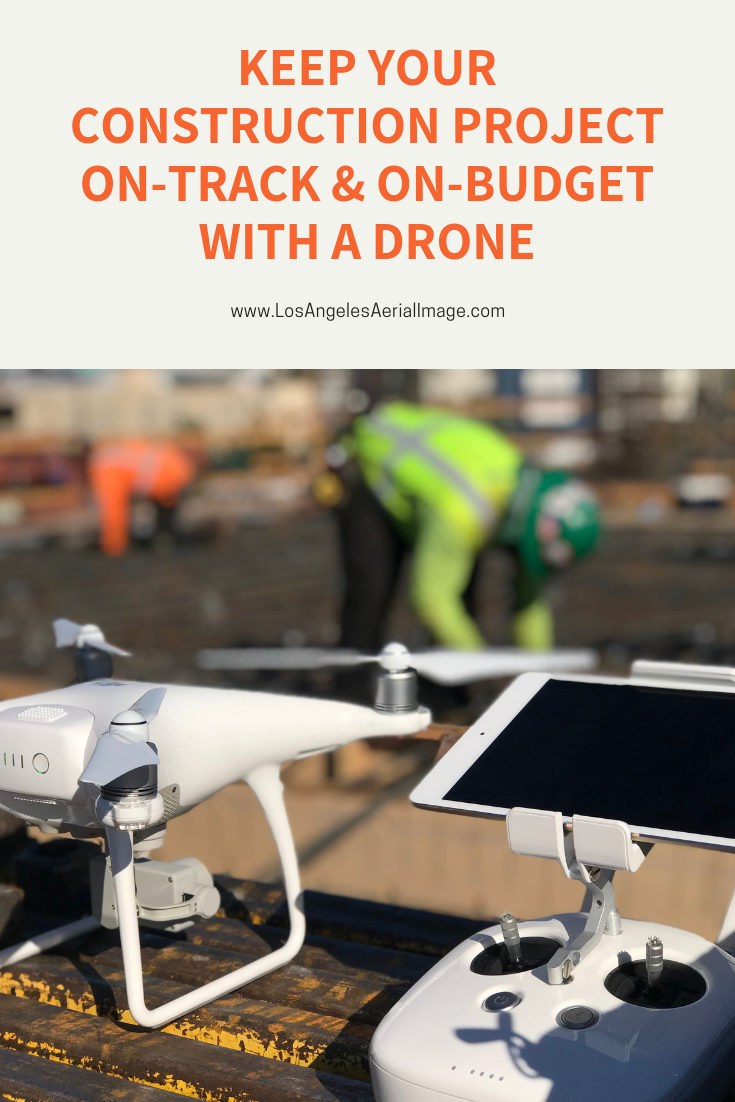